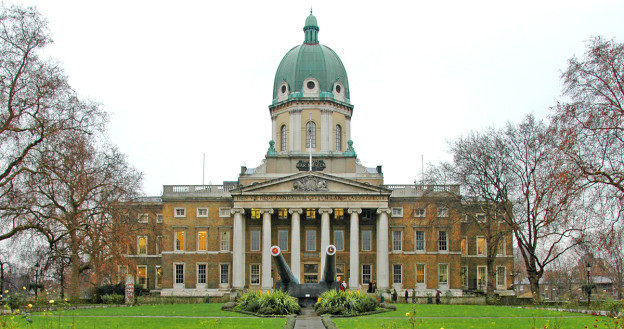 Wars change everything. There is no doubt about that, and World War II was not going to be an exception.

The German occupation of Poland resulted in a British war declaration that would change the life of the British citizens, and of course, it would have a great impact on British legislation as well. In this sense, there are two important laws that must be analysed in order to study the impact of World War II in British society: The Emergency Powers Act of 1939 and the Emergency Powers (Defence) Act of 1940, whose main goal was to amplify the significance and the validity of the first one.

They were emergency Acts that allowed the British government to promulgate Defence Regulations. Therefore, they were supposed to smooth the way of the government, which was about to develop a set of Acts that, due to the war context, could be considered contrary to the basic principles of law and society. The Emergency Powers Act of 1939 was approved in September the 3rd, just before the war began, as a reaction to the Nazi-Soviet Pact of August the 23rd, and the Emergency Powers (Defence) Act of 1940 was approved once the war had began, in the aftermath of the German attack on France.

As I pointed out before, on 3 September 1939, the Emergency Powers Act was approved. Its preamble established that it was “an act to make provision for securing the public safety and the preservation of the state in time of war and, in particular, to make provision for the maintenance of public order and for the provision and control of supplies and services essential to the life of the community, and to provide for divers others matters (including the charging of fees on certain licences and other documents) connected with the matters aforesaid”.

Beyond the kind words that formed the preamble, this Act really meant the control by or on behalf of the state of all or any supplies essential to the life of the community. It also affected the control, regulation, restriction or prohibition of the import or the export of particular kinds of goods and the control of navigation by sea or air.

But the control of supplies and navigation was not the only aim of this Act. The communication, either public or private, was restricted by the government, through the authorisation of censorship and the restriction of those communications that took place in the United Kingdom. Taking possession of lands or other properties was also allowed by this Act and, British population began to suffer a strong control too. In this way, the British government was allowed to authorise detentions of people and carry out arrests without any personal guarantee at all.

Nevertheless, it is said by some schools of thought that the purpose of this Act has frequently been exaggerated. According to these thinkers, the first Acts that we are analysing cannot be considered as a huge stroke for the democracy. They explain that there was no power to impose taxation; to authorise the imposition of any form of compulsory naval, military or air force service; to authorise the imposition of any form of industrial conscription; to make provisions for the trial by courts martial of persons not subject to military law or to transfer or suspend the jurisdiction of the civil and criminal courts. In addition, there was no power for the compulsory acquisition of the ownership of land and the Act was in force for one year only, but most of these facts would change with the Emergency Powers (Defence) Act of 1940.

This Act sustained the modifications mentioned above and granted extraordinary powers to the government while the war was going on. Moreover, it introduced two important modifications regarding the Justice. Firstly, the Act enabled criminal justice to be administered by special courts in war zones in order to achieve a quick justice and secondly, the Act provided for the trial by special courts of offenders against the Defence Regulation.

These two Acts that have been analysed, show us how war was able to impact in a consolidated democracy as the United Kingdom was, reducing the rights of their citizens for the sake of society and focusing all the efforts on just one aim: winning the war. This objective was personified in the figure of Winston Churchill, who enjoyed some prerogatives that no British Prime Minister had had before, and turned him into a resistance symbol.