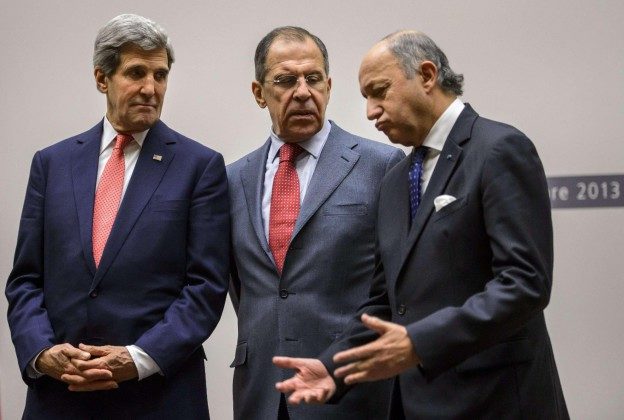 In light of recent developments in both Ukraine and Venezuela, universal coverage of negotiations between the P5+1 and Iran has taken a back seat.

However, the rapid shift in coverage towards the simultaneously concerning and relevant matters has not stopped the two sides from pushing inexorably on towards a more permanent accord, or yet another failure to broker an agreement of substance. Both Iran and the United States, in particular, have adopted binary approaches in terms of dialogue, with leading military and political figures in Tehran and Washington fomenting an attitude of pessimism, while their diplomatic counterparts have championed an attitude of progress and optimism through all external channels.

Iranian President Hassan Rouhani has been adamant in encouraging his generals to refrain from making antagonistic states, and to let diplomacy run its course. Members of Iran’s Revolutionary Guard have been vocal in opining that the current negotiations are just one more step in preparing them for a “final battle” against the West. Ayatollah Ali Khomenei has also been forthright in stating that he does not believe the current negotiations will be fruitful and that they could indeed be a waste of time for all involved. Nonetheless, these sentiments may reflect a strategy put into place by Tehran in order to appease inveterate hardliners set on resisting any approximation to the West. Statements made by Rouhani the Iranian Foreign Minister Javad Zarif support this idea. In a speech made this past Saturday, Rouhani went as far as to delineate some of the more pressing Iranian foreign policy goals, namely a “strategy based on détente and trust-building with the world.” Mr. Rouhani insisted that these statements were not meant as a mere slogan designed to appease Western observers, but rather as a genuine strategy that has been implemented with long term aspirations.

Seemingly contradictory statements have recently emanated from Washington, as well. Secretary of State John Kerry, in a statement issued last week, told journalists that negotiations represent one of the “options to exhaust” before military action can be taken. Such a statement contrasts vividly with statements by Mr. Kerry in light of the coming visit of Israeli President Benjamin Netanyahu. Indeed, the Secretary of State went as far as to describe the negotiations as a “moral obligation” that the United States must take seriously in order to avoid any form of military conflict, which they described as the least favorable of all available options. The statement has been further supported by the efforts of both President Obama and the U.S. State Department to stymie efforts by the U.S. Congress to pass legislation that would either toughen existing sanctions legislation or introduce new, even more surgical sanctions aimed at the Iranian economy.

It seems, at least ostensibly, that both sides have adopted a similar strategy predicated on domestic situations that draw more parallels than one would initially thing. The efforts to appease hardliners, allay fears conveyed both by the United States and Israel (through its voice in Washington, AIPAC, primarily) while promoting optimism and dialogue between the two historic adversaries suggests a concerted effort to avoid internal obstacles while reaching a common, external goal. Negotiations concluded in Vienna a week ago have been described as successful in outlining issues on which to negotiate further, though many questions have yet to be answered. In spite of these concerns, one should take rhetoric designed to inflame or falsely instill optimism with a grain of salt until the negotiations arrive at their potential success or failure.