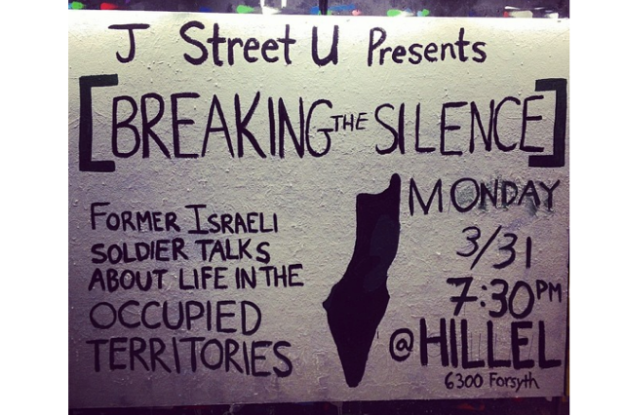 The last war between Palestine and Israel has put back on the table this endless story. The last frustration of the international community regarding the promises of negotiation from both sides has resulted in disappointment and disillusionment.

Israel seems to have fewer allies: several European countries have made it public. Oded Na’aman, former Israeli Defense Forces, gives some clues on the conflict and tell us about the organization he is involved with: Breaking Silence.

Hello Oded, thank you for receiving us. Who is Oded Na’aman and what is his background?

My name is Oded Na’aman. I served in the Israel Defense Forces between November 2000 and October 2003, in the Artillery Corps. Joined Breaking the Silence shortly after its foundation, in 2004. Currently completing my PhD in philosophy at Harvard University. I was co-editor of Our Harsh Logic: Israeli Soldiers’ Testimonies from the Occupied Territories (Metropolitan Press, 2012) and have written a few op-eds and essays about the occupation. Most notably, “The Checkpoint” in the Boston Review.

-What is Breaking the Silence and what does the organization fight for?

BtS is an organization of Israeli veterans that collects soldiers’ testimonies in order to end the Israeli occupation of the Palestinian territories. We also give weekly tours to Hebron and other parts of the West Bank, we lecture all over Israel, at youth movements, private gatherings, universities, etc. And we lecture abroad, mainly in the US and Europe, to inform anyone who is interested in the topic. Our main contention is that Israel’s military rule in the West Bank and Gaza Strip is a constant attack on Palestinians and their land. The basic assumption of the occupation is that every instance of Palestinian freedom is a threat to Israel and must be oppressed.

-Have you been threaten or pressured by Israel government or it supporters and if so, how? How does it affect your labor in Breaking the Silence?

We have been harassed in various ways, most notably in 2009-10, when there has been an attempt to pass laws against us in the Israeli parliament, the Knesset. Public officials and public figures have also called us traitors on numerous occasions. However, we were not jailed and, as far as I am aware, none of us was personally and directly persecuted by the government or by their employers. Attempts to attack our legitimacy are also attempts to shift the discussion away from the occupation, so we try to ignore such attempts and focus on our goal: ending the occupation.

-Some people have criticized Breaking the Silence affirming that it produces fake contents. Who finances the organization and who has shown interest in supporting your actions?

There have been complaints about the anonymous nature of the testimonies. We offer the soldiers who testify anonymity in the same way that journalist offer anonymity to their sources. We verify the testimonies and cross-examine them with other testimonies and sources of information (from the media, from Palestinians’ testimonies, etc.) We also have dozens of video testimonies where soldiers appear with their full name, voices, and faces.

-How is your public image within the Israel public opinion? Would you say you have more enemies than supporters?

We are part of a larger movement in Israel that is trying to undermine the status quo, which includes a brutal military occupation. Israelis are afraid of change, of the risks such change will bring about. Israelis are therefore understandably resistant to what we do, they feel threatened by it, and therefore cannot see how the goals we advocate for might be advanced for the sake of Israel. So it is natural that we’d have enemies: it’s a sign that what we do matters to people. Our goal is to try to break this wall of fear, indifference, and resistance to change, by voicing the truth about Israel’s actions. Some Israelis might claim to support everything Israel does, but we believe that if they genuinely thought it is justified, they would not have had such a difficult time listening to the stories and information we are exposing. By avoiding the occupation they are avoiding themselves and part of our obligation to them as fellow Israelis is to force them look in the mirror.

-Since your foundation in 2004, what have been your major achievements and how do you think your work has helped uncover hidden stories of the Palestinian – Israel conflict?

The stories aren’t hidden; they are just ignored or silenced. As Israeli veterans, we cannot be dismissed as easily. One of our most important achievements is the book Our Harsh Logic, which compiles over 140 testimonies from the years 2000-2010, and analyses them. The book shows that the Israeli occupation is not defensive but offensive: its main goal is to suppress Palestinian independence. I recommend that you take a look at the introduction to the book to get a better idea.

-What is the feeling inside the Israeli army? Are there signs of fatigue of this situation? What about the Israel society, do they support the occupation?

As I said, the main problem is lack of political imagination. Israelis are afraid to pursue the future they want for themselves. They see any form of Palestinian independence as an unbearable threat to their existence. As a result, they feel that the force of the army is the only thing that secures Israel’s existence. We believe that the unchecked use of military power is one of the biggest threats to Israel’s existence. The military should be held accountable to the citizens, not the other way around.

-How can the Israeli occupation of the Palestinian territories and the silence of the international community be explained?

The international community is not exactly silent on this topic. I am not an historian so I cannot explain the origins of the Israeli occupation.

-During the last Israel military campaign we have heard Israel official sources arguing that “the IDF is the only army in the world who provides food, water and medical support to the other side”. Important personalities such as Ban Ki-Moon or Barack Obama have said that they understand the legitimate defense of Israel. What is your opinion about it?

At BtS our main goal is not to point fingers, but to expose information about what is really happening on the ground. Only on the basis of real information can we—Israeli citizens—judge our country’s action and decide how we believe our country should proceed. That said, the testimonies we have collected—as well as many other sources of information—show that the Gaza Strip is still under Israel’s control.

Some weeks ago, I met one ex IDF soldier who told me that during the whole history of the conflict, there are more deaths from the Israel side than the Palestine one and that everything depends of the sources one should consult. How is this position understood?

I guess it depends on when you start the counting. What I know is that there are by far more Palestinian casualties in the last 15 years. This is very difficult to deny, especially when you look at this last war.

-Do you think Hamas is the cancer of the Palestine people with its armed fight?

I do not advise Palestinians on how to fight for their own independence. I do, however, object to the killing of civilians on both sides.

The question is: What is the solution for the end of violence, for the end of the occupation, for the agreement, for peace? Again, this question is too large to be discussed here. The main goal of BtS is to end Israel’s military rule, not to bring peace, or an agreement, or to end all violence.

Try to tell truth from falsehood, as difficult as it might be when it comes to this issue. Then, when you know reality for what it really is, make sure to live by your values, not by your fears.

-Thank you so much.